Jack......simply Jack. This beautiful boy came to me as a feral.  I'm not sure who chose whom. It was a hot summer day and his feral mama had 3 other little ones that I was able to catch, but Jack......Jack played hard to get and I almost lost him.  But at the last minute I saw him scurry out of the corner of my eye.....and he was mine.  I raised him and his 3 siblings from birth, feeding them around the clock while caring for their mama. Hard as it was, I parted with 2 of his litter, but Jack and his sister, Lily, stayed to become part of my family.  Like I said, I'm not sure who adopted whom, but we were meant to be.  My Jackie! 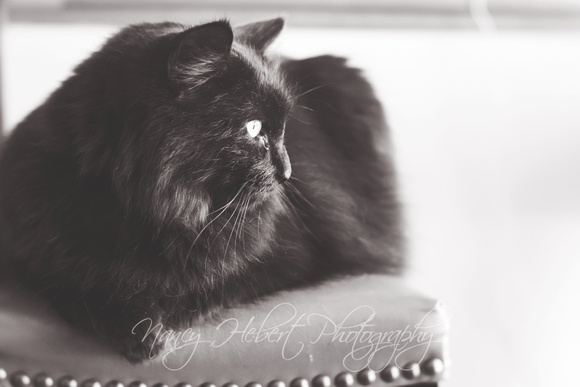